So, I read an article, in the words of a “married millenial”. I won’t re-blog this article because it literally for one second made me feel low as all hell. The author basically said that since they have been married for a while (2 years) they know what it takes to get a spouse… let me start by saying that I do not at all believe that she was trying to make anyone feel less than. I believe that she is legitamately happy and that she truly believes she has the answer to end this overwhelming epidemic of “single”.

I am writing for the rest of the millennials of the world. The single millennials. The ones who would not at all mind companionship, but want to be happy in the place that they are in life. They want to be happy flourishing independently. There is nothing worse than being single and CONSTANTLY feeling like all that you are accomplishing is simply not enough. Getting through your twenties and actually feeling like you are enough is a big enough task. Girls and guys…. You are doing nothing WRONG.

It is nothing wrong with getting married later in life. As a matter of fact, you are better off waiting. I do not know myself or my full capabilities 100% right now. Where I stand today at 28 I think I am bout 75-80% sure of who I am. At like 21? I was likely 50% sure, and probably less that that even! If I was married at this point I would feel bad for my husband. He would have to meet “me” a million times. He would have to have been willing to make it past the insecure me, where I didn’t even know my worth

For so long, I felt inadequate for not finding my soulmate by now. My mother was married in her early twenties so I felt that when I got to 25 and was barely even dating I was behind. That is a pain and stress that I wouldn’t wish on ANYONE. The hamster wheel feeling… just running and running and never catching up.

I just want to tell you all, as I tell myself constantly… that where you are right now is OKAY. It is better than okay… it is GREAT. Focus on yourself. Love yourself… and baby everything else will fall in line!

I would love to know that dating is OVER and that I met the man of my dreams. BUT I also love this feminist, raunchy, shit talking, cancer fighting, single mother bad ass millennial that I am! 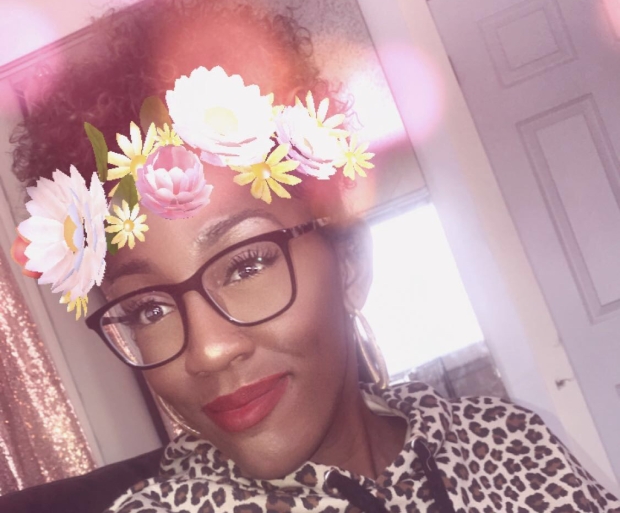 (There is nothing more “millennial” than snapchat selfie’s!)

I have gotten some GREAT responses from dealing with the skeletons in my closet… I appreciate you guys so much! Thanks!

4 thoughts on “Volume 3: Words from a SINGLE Millennial”